What Are The Rules On Self-Defense? 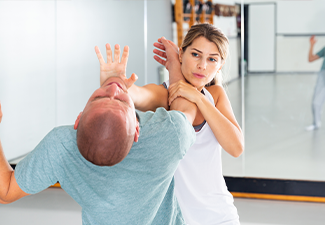 The penalties for a criminal conviction in Kansas can be far-reaching, and anyone who’s been arrested needs to take the charges seriously. This is especially true if you feel your actions were justified by self-defense, and that you were only responding to someone else’s actions. If this has happened to you, you need to contact a criminal defense attorney immediately. For over 20 years at Chahine Legal LLC, I’ve been committed to helping my clients understand their legal options and defending their rights to the end. If you’re in the Lawrence, Kansas area including Olathe, Overland Park, Lenexa, and parts of Missouri, give me a call to schedule a consultation.

Self-defense is a legal term used by defendants facing criminal charges that seeks to exonerate them of legal liability. In short, it states that those whose life was threatened who used reasonable force to defend themselves, will not face criminal charges for their actions. This law also extends to defensive actions used to protect or deflect a threat on someone else. Self-defense laws are a crucial component of our society and criminal justice system, but you’ll still need to prove your actions were justified beyond a reasonable doubt. This is why it’s essential you work with a component, experienced attorney. Unlike other defenses, you aren’t claiming that you are innocent of harming another person; rather, that you were acting within the confines of the law and had no other choice but to take the steps you did.

When Can It Be Used As A Legal Defense?

There are four key elements that any self-defense claim needs to cover. The first thing you must prove is that you or someone else was in imminent danger, meaning the harm was real and would occur in the immediate future if no action were taken to stop it. The second thing you must prove is that you had a reasonable belief that a threat existed, meaning someone else in your position would perceive the same circumstances in a similar way. The third factor that a judge will look at in a self-defense claim is that you used no more force than was necessary. For example, if someone shoves you outside a bar and has no other weapons on them and you pull out a gun and shoot them, this would be a disproportionate response to the perceived threat. Lastly, you must show that you were only acting in response to someone else’s actions and that you were not the initial aggressor.

Duty To Retreat In Kansas

There is no duty to retreat law in Kansas which means that you can use self-defense—including using deadly force—without first retreating. This is also sometimes referred to as the “stand your ground” law, and can protect individuals in cases of assault, abuse, murder, and domestic violence if they can show they perceived an imminent threat of death or serious bodily injury to themselves or someone else.

Related to this law is the “castle doctrine,” which legally protects you when someone is threatening you in your own home or workplace. Like the stand your ground law, the castle doctrine allows you to use force if you’re defending yourself or your family and you have no duty to retreat.

Defending yourself and your family is one of the most important rights we have. It must be safeguarded and maintained, and no one should face criminal consequences if they genuinely believe their life is in danger and they are only reacting to stop an immediate threat. If you’d like to consult with an attorney about your own experience of self-defense, reach out to me at Chahine Legal LLC in Lawrence, Kansas.

Why It’s Worth It to Fight a DUI DUI Myths & Misconceptions What Are The Rules On Self-Defense? Understanding Evidence in a Criminal Trial