Knowledge. Skill. Experience.
A Defense Attorney Who Fights For You
Schedule a Free Consultation 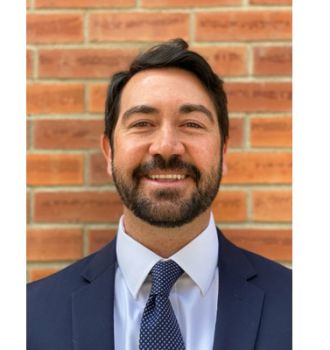 Are you facing a criminal case and have been caught in the middle of the process? Perhaps you are in need of legal advice or representation to resolve the case for you. If you are looking for an experienced lawyer you can trust, you have come to the right destination.

Hatem Chahine specializes in the areas of law which include but not limited to criminal defense, complex felony defense, misdemeanor defense, DUI, juvenile defense, domestic violence, and traffic citations. Recognized in Lawrence, Kansas as a trusted Defense Attorney, I take pride in providing expert legal services to help you understand your rights and your legal options.

"Strategy without tactics is the slowest route to victory. Tactics without strategy is the noise before defeat."

Chahine Legal LLC is headed by a criminal defense lawyer, Hatem Chahine, a highly-acclaimed lawyer since 2001. He graduated from the University of Kansas in 1998 where he earned his Bachelor’s degree in Sociology and Criminal and Delinquency. He went on to pursue his Juris Doctor at the University of Kansas Law School where he graduated in 2000. His legal practice began in 2001 upon his admission in Kansas and was later on admitted to practice in Missouri a year later.

Recognized for his intellectual advantage and exceptional courtroom skills, Hatem Chahine became a Board Member, Secretary of the Head Quarters Council Center in 2005. He also held the position of President of the Young Lawyers Association from 2005 to 2006. He is also a member of the Douglas County Bar Association from which he held positions as Secretary from 2005 to 2006, Vice President from 2006 to 2007 and President in 2007.

Backed with his wealth of experience and expertise, Hatem Chahine has earned his reputation as the trusted Defense Attorney in Lawrence, Kansas.

So if you are in need of a brilliant lawyer, there is only one name you can trust — Chahine Legal LLC!