Understanding Evidence in a Criminal Trial 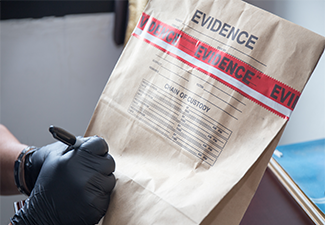 When arrested and charged with a crime in Kansas, your case will proceed to trial. During the criminal trial, a judge or jury will review the evidence and facts of your case. However, the outcome of your case will depend on the strengths, facts, and admissibility of the evidence – such as scientific evidence, witness statements, or physical proof – presented during the trial. An experienced Kansas criminal defense attorney can enlighten you about the types of evidence that are admissible in a criminal trial.

At Chahine Legal LLC, I'm committed to offering knowledgeable guidance and reliable representation to clients in their criminal cases. As your lawyer, I can evaluate your unique circumstances, review the evidence against you, and help determine whether they can be used to prove or disprove the facts of your case during the court proceedings. My firm proudly serves clients across Lawrence, Kansas, and surrounding areas throughout Kansas and Missouri, including Overland Park, Lenexa, and Olathe.

With respect to criminal trials, evidence can be any kind of proof legally presented during the proceedings. It involves any statements of fact or material item presented at trial to discredit or prove an alleged fact regarding the case. The purpose of evidence is to convince the jury or court of the subject at hand.

In addition, evidence may include hair samples, blood samples, witness statements, testimonies, security camera footage, or email correspondence. It may be presented at trial based on the permission of the judge. The evidence will help shed more light or establish the truth of the issue under investigation.

Here are the different types of evidence that may be tendered in a Kansas criminal case:

Real Evidence: Real evidence includes any material item involved in the criminal case or present at the crime scene. They can be held physically and inspected by the judge or jury. Examples of real evidence include a knife, gun, marked money, or clothing stained with blood.

Testimonial Evidence: Testimonial evidence is any evidence – statement or testimony – provided by an eyewitness under oath. The witness will be called to stand, where they will be asked to narrate, describe, or demonstrate what they saw or heard.

Demonstrative Evidence: Demonstrative evidence includes maps, charts, and diagrams that may be used to substantiate or accurately reflect the testimony provided by the witness. Such evidence may require reconstructing the crime scene and using it during the trial.

Additionally, evidence may be categorized into two – direct and circumstantial evidence.

Direct evidence involves direct proof of a fact, such as an eyewitness testimony or statement, regarding what that witness personally heard, saw, or did. The evidence will be direct if the witness saw the defendant committing the offense, the weapon that was used to commit the crime, or if it is a confession from the offender.

What Counts as Evidence in a Criminal Trial?

For evidence to be admissible in court, the following elements must be present:

Relevant – The evidence must relate to the points at issue, the case, a fact, or material.

Material – The evidence is being presented to establish a fact of the case.

Competent – The evidence must meet the traditional legal requirements of reliability.

Not outweighed by countervailing concerns – The evidence cannot be unfairly prejudicial, worthless, confusing, or based on hearsay.

A skilled criminal defense attorney can evaluate all of the surrounding facts of your case and determine whether or not the evidence is reliable and admissible in court.

What Evidence Is Not Admissible in Court?

Conversely, evidence will not be admissible in court if:

Evidence plays a significant role during the trial and can be used to disprove or prove the facts of your case. An experienced attorney can help gather substantial evidence to support your case and dispute the charges against you.

Facing a criminal charge can be a terrifying experience. However, your fate depends on how your defense counsel can disprove or challenge the prosecution's evidence and present factual evidence on your behalf. This is why it is vital for you to understand what counts as admissible evidence in a criminal proceeding. Therefore, when facing criminal accusations, consulting with a skilled criminal defense attorney is crucial for detailed guidance and to determine the best course of action.

For nearly 20 years, I have devoted my career to handling criminal cases and defending individuals who have been wrongly charged with a criminal offense. I have the necessary tools to review your personal situation and determine whether or not the prosecutor's evidence is reliable and admissible during trial. Using my experience and resources, I can help you navigate the Kansas criminal justice system.

Contact Chahine Legal LLC to schedule a simple case evaluation with a reliable criminal defense lawyer. I can provide you with the comprehensive representation and detailed legal counsel you need. My firm is proud to serve clients across Lawrence, Kansas, and surrounding areas throughout Kansas and Missouri, including Overland Park, Lenexa, and Olathe.

Why It’s Worth It to Fight a DUI DUI Myths & Misconceptions What Are The Rules On Self-Defense? Understanding Evidence in a Criminal Trial