A Domestic Violence Charge Can Have Costly Consequences 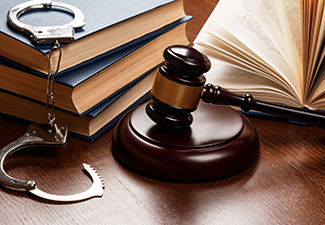 Facing domestic violence charges in Kansas or Missouri is a serious matter. You might be feeling frustrated—or even completely overwhelmed—in the face of such charges. Getting proper legal counsel to protect your right to a fair defense is crucial in these kinds of situations.

At Chahine Legal LLC, I’m here to help. Whether you live in Olathe, Overland Park, Lenexa, or anywhere in Kansas or Missouri, I will strive to put you in a position to move forward from these accusations. Ultimately, my goal is to help my clients make informed decisions regarding their options. Set up a consultation with me to discuss your charges.

Here is a look at the individuals who generally fall under domestic violence:

Consequences of a Domestic Violence Charge in Kansas

The consequences of a domestic violence charge in Kansas can be severe:

Keep in mind that courts have a low tolerance for domestic violence charges. A solid defense is necessary to avoid severe penalties.

Individuals charged with domestic violence may be able to use the following legal defenses:

When facing domestic violence charges, it is critical to avoid the following:

Please remember that an experienced criminal defense attorney can work with prosecutors to clear up alleged incidents. Being proactive can help reduce charges or even dismiss false accusations.

At Chahine Legal LLC, I pledge to provide my clients with the best possible service. My goal is to deliver skilled legal counsel so my clients can exercise their right to a fair defense. Domestic violence charges require the right legal counsel; I’m here to stand by your side when you need someone the most.